The cost from Philadelphia to Atlantic City is $10.75 with descending fares from stops in between. Purchase your ticket at ticket vending machines (TVM) to avoid a $5 surcharge for buying it on the train if a TVM was available.

Discounted tickets are available for those age 62 and older and passengers with disabilities. Restrictions apply. Visit njtransit.com for more information.

NJ TRANSIT has express bus service on Bus Route No. 551 between Camden and the Atlantic City Bus Terminal, which is two blocks from the Convention Center. Passengers with an Atlantic City/Philadelphia rail ticket or pass may use that ticket on the 551 bus route between Atlantic City and Philadelphia's Greyhound Terminal located at 10th and Filbert Streets.

You can use your NJ TRANSIT monthly rail pass on NJ Transit buses and the Trenton Camden River Line. Rail passes are imprinted with a zone number. You can use your rail pass for any light rail trip or for bus trips up to the number of zones imprinted, during the period it is valid.

NJ TRANSIT public timetables are subject to change. Check timetables or visit njtransit.com prior to traveling.

Most of NJ TRANSIT's light rail and bus lines are accessible. Check njtransit.com or call 973- 275-5555 for accessible travel information. If you have a disability that prevents you from using the local fixed bus route, you may request information about Access Link, NJ TRANSIT's Access Link/ADA paratransit service by calling 800-955-ADA1 (2321).

Take a shuttle to the Atlantic City Convention Center

NJEA provides free shuttle service between the Convention Center and various areas throughout Atlantic City. The schedules are posted in each NJEA member block hotel lobby.

When going to the Convention Center, catch a shuttle from any of the following hotels:

All Jitneys are wheelchair accessible. 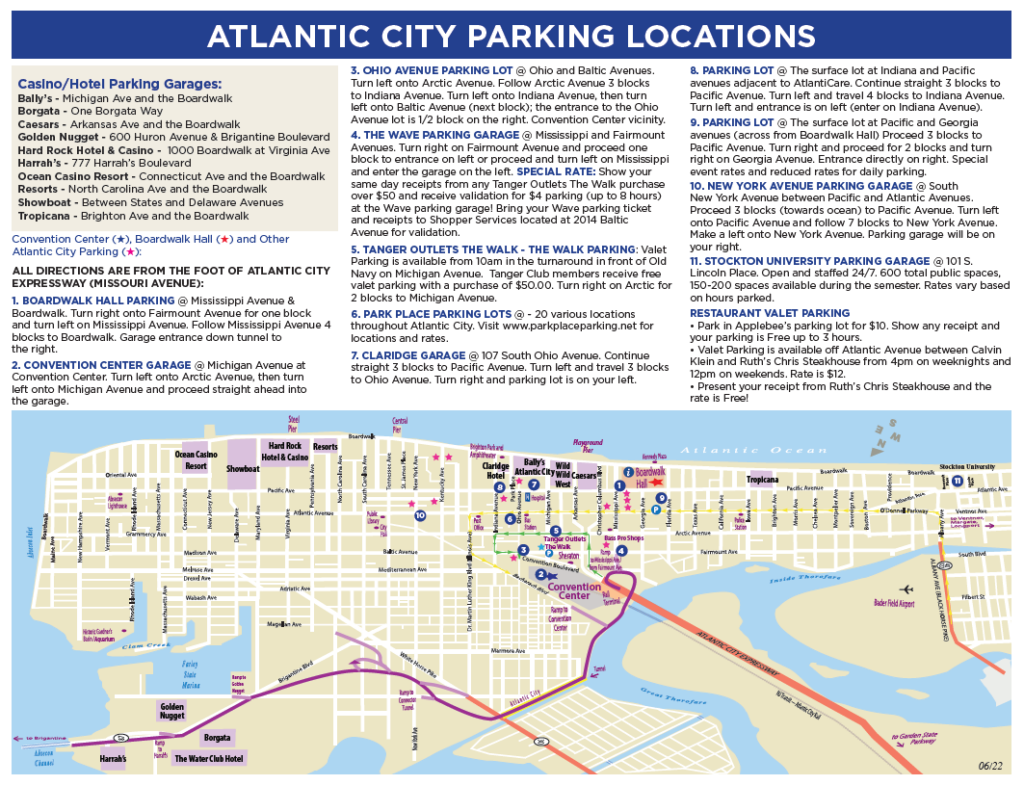